An visit to the European Organization for Nuclear Research (CERN) in Geneva was taken on Thursday 20th of October, an event that was announced on CERN's website, with a programme of prsentations.

CERN has it's own large data centre at Meyrin with two 100GBe connections with Wigner Physics Research Centre in Budapest. In particular since the production release of CERN's OpenStack in July 2013 CERN have been making increasingly heavy use of cloud compute operations. Currently there are 190K cores in production under OpenStack, and >90% of computer resources are virtualised. An additional >100K cores to be added in the next six months, with a view towards increasing federation with other cloud providers. Data is expecting to record 400PB/year by 2023 with the High Luminosity LHC upgrade (Facebook is currently about 180PB, Google's search DB about 100PB). 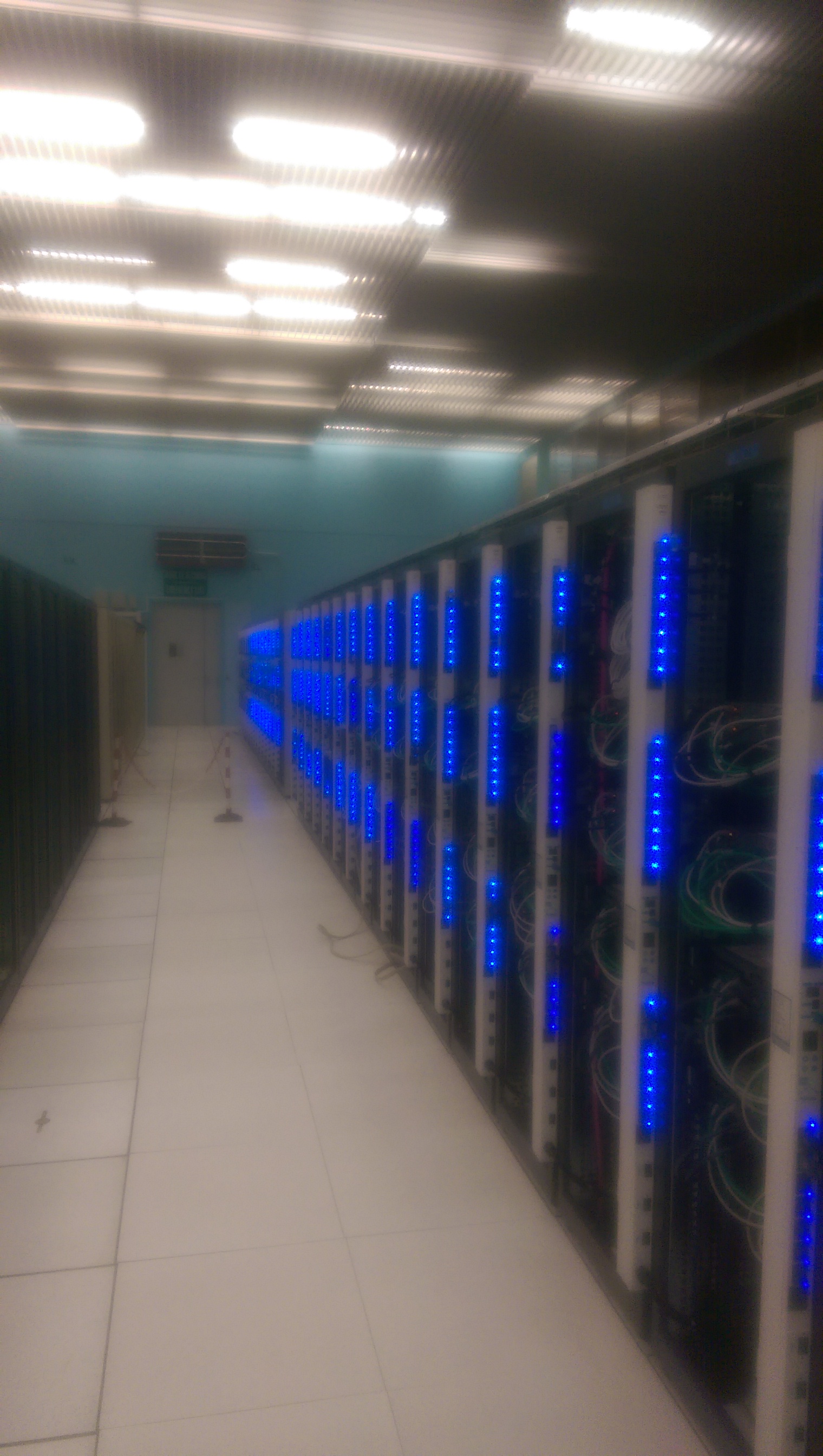 Scientific Linux 5 and 6 are still supported; SL 6.8 released May 2016 and SL5 security updates to 2019. CERN Centos 7 has been introdruced since April 2016; some additional CERN CentOS software. About 800 licenses for RHEL. Staged updates and internal snapshots for CERN Centos with a workflow integrated with ticketing / gitlab and QA testing of repositories enabled before production.

Special thanks are given to the members of the various European facilities who took their time to accommodate my visit and provide tours of their facilities. This includes (my deepest apologies for names I’ve overlooked!): Edward Karavakis, Tim Bell, Gavin McCance, Caroline Lindqvist, Philippe Ganz, Nils Høimyr at CERN