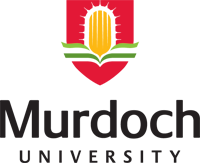 To whom it may concern: Lev Lafayette

Vice-Chancellors are not normally afforded the opportunity to develop a close acquaintance with students in their campus community, but at Murdoch, still a relatively small institution, I have come to know several quite well, notably student union political leaders.

One of those was Lev Lafayette, who, despite his association with a radical student group, was prepared to keep channels of friendly communication open to my own office. Since his graduation we have become close friends, and although I can claim no expertise whatever in Lev's field of postgraduate study, I am able to offer comment on his technical skills, personality, and general suitability for employment.

Unlike many, perhaps most, students of a radical persuasion, Lev appears not have abandoned his social and political ideals after graduation. He holds fast to his commitment to fundamental principles of social justice. Certainly, as one considerably older and more intuitively conservative than he, I have come to respect his consistency and genuineness in this regard.

Lev is a well read and highly articulate graduate, a persuasive polemicist, and a very gregarious fellow, who clearly commands a wide circle of friends. I have also found him to be a trustworthy person.

Lev Lafayette's research and writing on the social impact of computer technology are profoundly relevant to social and political well-being of contemporary industrialised societies, and I imagine he will become an eminently employable doctoral graduate.

I warmly commend Lev to prospective employers, and would happily try to amplify the foregoing comments or to answer specific questions concerning his suitability for employment if called upon.