An visit to the Albert-Ludwigs-Universität Freiburg was taken on the 19th of October, which is is home for an HPC centre which specializes in Neuroscience, Elementary Particle Physics and Microsystems Engineering giving the name to the system: NEMO. NEMO is a CentOS 7 cluster with has 756 compute nodes (plus a few others) using Intel Broadwell for a total of 526 TFlops of performance and OmniPath interconnect, and is a Top500 system. 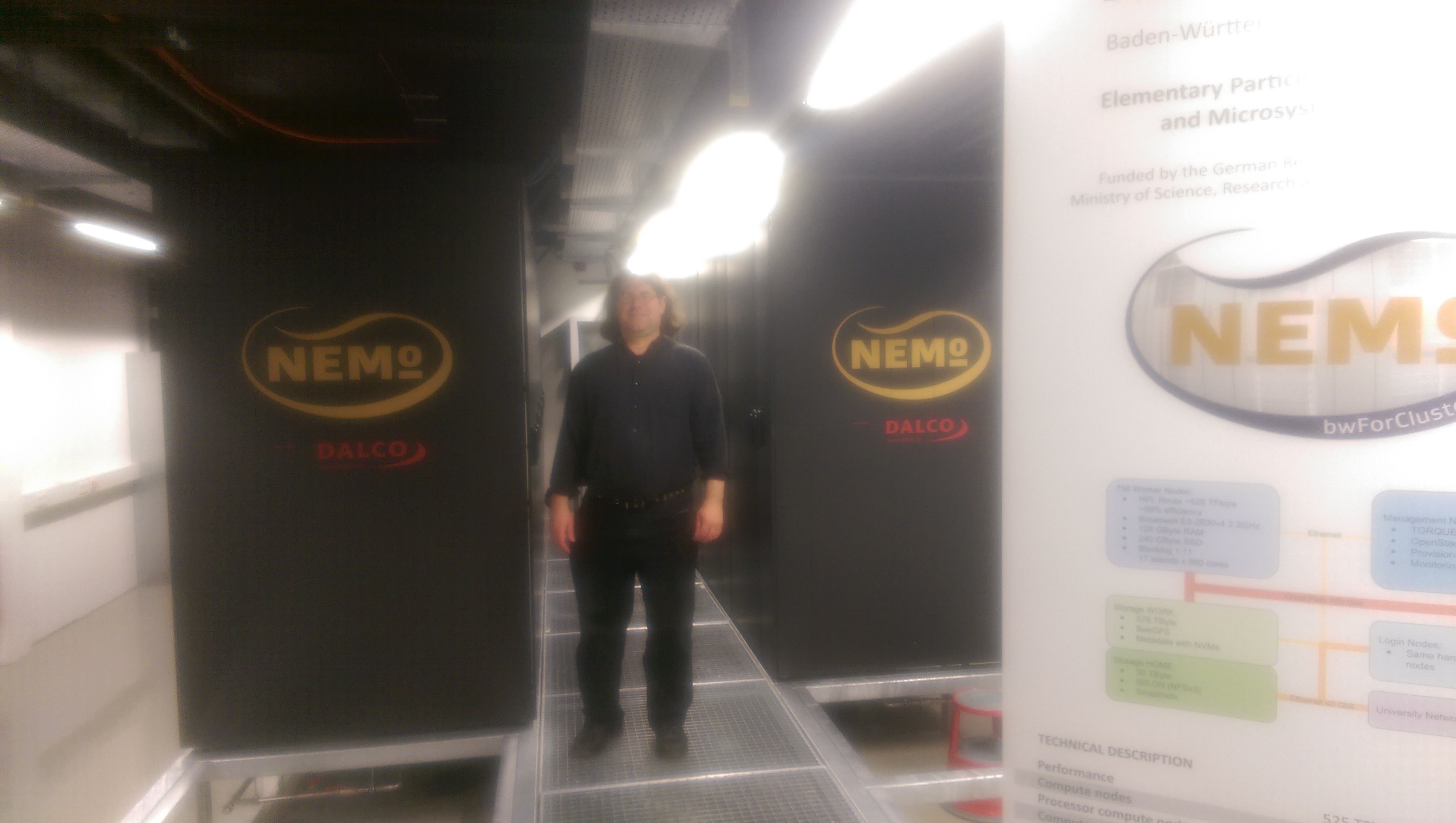 The most interesting thing about NEMO is that they make use of a HPC/Cloud hybrid - like the University of Melbourne - but from very a different approach. At Freiburg, they allow user defined cloud virtual machines to run on compute nodes with workflows which use MOAB/TORQUE and OpenStack - either as job submission with or without pbs_mom on the VM or via the OpenStack dashboard. In comparison, the University of Melbourne runs Spartan with separate partitions using cloud virtualisation technologies primarily for single-node jobs, and physical nodes with a high-speed interconnect for multinode jobs.

Comparing these two approaches led to a workshop being organized by both institutions for the International Supercomputing Conference in Frankfurt in June, 2017. This will be preceeded by a paper at MultiCoreWorld 2017 in Wellington, in February, 2017.

Special thanks are given to the members of the various European facilities who took their time to accommodate my visit and provide tours of their facilities. This includes (my deepest apologies for names I’ve overlooked!): Bernd Wiebelt, Michael Janczyk, Dirk von Suchodoletz, and Konrad Meier at Freiburg University