When Daniel Andrews told us that we could "get on the beers", (and picked his drink, Starward Whiskey of Melbourne) what cocktail did you make? Sometimes I can be lazy (as a fox) and in this particular context, I went for kir, the most simple two-ingredient drink you can find. True, I was delving into my love for Brittany at the time, so I concentrated on a Cidre Royal and Kir Breton (calvados and cider, creme de cassis and cider), but certainly I sampled a few others. My goodness, they are easy and good.

The traditional kir is simply 1/10th creme de cassis and a dry white wine. The traditional kir royal is champagne or other French sparkling white (let's not get too fussy) instead of white wine. Then there is the Kir Impérial, which uses Chambord and champagne. I decided to create and try an Impérial Breton, which was Breton calvados and Breton cidre (have I mentioned that I like calvados). Then there is the kir communard (with a light red wine).

Basically, find yourself creme de cassis or Chambord or calvados at 1/10th to 1/5th (depending on your sweet tooth) and add wine, champagne, or cidre for 9/10th. Experiment!

The drink has been around for a long time and was once known as blanc-cassis, but picked up it's new name from Félix Kir (1876–1968), mayor of Dijon in Burgundy who used to offer it to visiting delegations. Apparently older, 19th century, versions used to have the measurement at 1/3 creme de cassis, which would be quite unpleasant.

Now I have discovered something similar:

From the Difford's Guide (who, amusingly, think you can protect a website against copy-paste) is this combination of vodka, berries, and creme de cassis. I'm not one to slavishly follow a recipe when it's clearly not necessary to do so, so my variation omits the very specific brand of vodka, and the sugar syrup, and has decided that mixed berries are just as good as blackberries.

2 shots vodka, 1 shot lime juice, 1 shot creme de cassis, muddle with a tablespoon of mixed fruit in a shaker, shake with ice, strain into an old fashioned, serve with crushed ice. I suggest a teaspoon at the side, so people can nom those delicious berries. 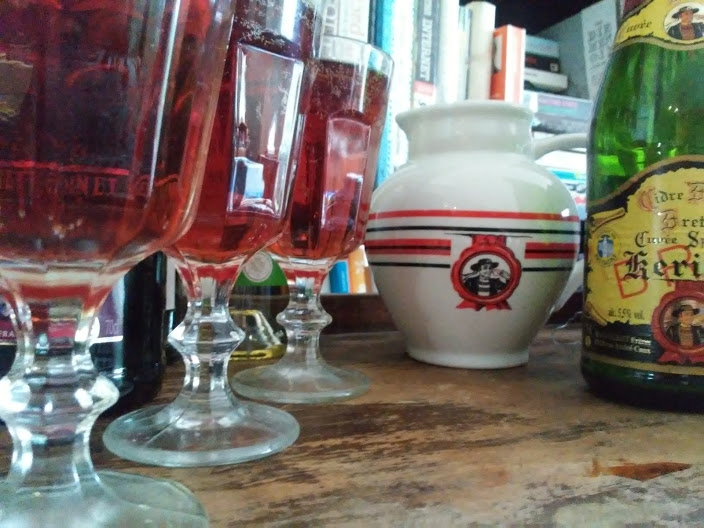 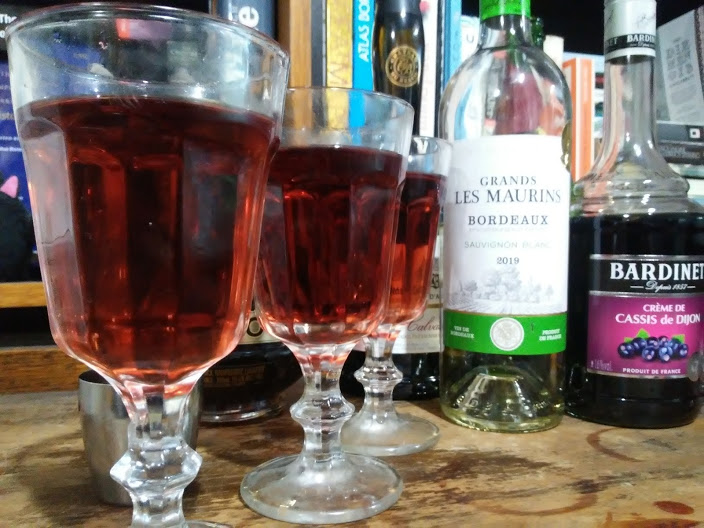 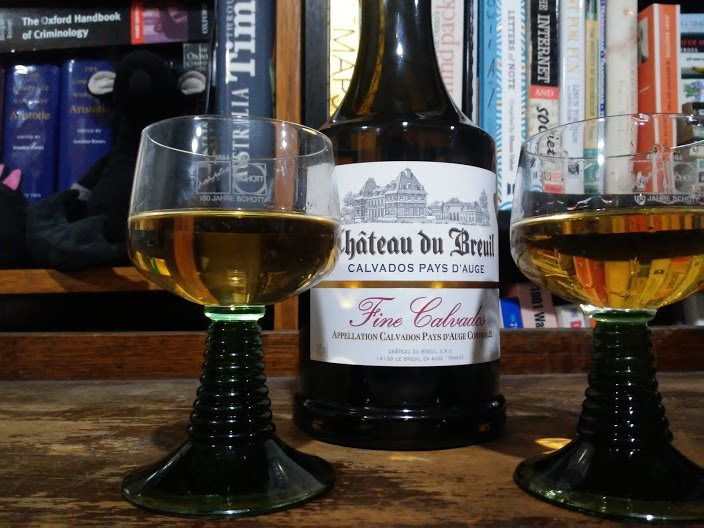