Connoisseurs of the cocktail, I bring you not one, but two versions of the Sidecar, which I will name the Agatha Christie Sidecar and the Georges Simenon Sidecar. Which do you prefer? Why not both?!

A Further Variant: There is also a variant which replaces brandy or gin with calvados, which I will call the "Breton", which can be named both for the region and the surrealist writer, André Breton.

Taste: The zesty freshness of oranges and lemons mixes all too well with both the bounce of gin or the punch of brandy. A delicious mix and a couple of these and you'll be just fine, trust me. Warning: These are an adult version of home-made lemonade. You'll knock back several and then you'll know about it.

Story: Where does this fine drink come from? Unclear, but either Paris or London, at the end of WWI. The Ritz Hotel in Paris claims that they started it. The first recipes appear in 1922, in Harry MacElhone's Harry's ABC of Mixing Cocktails and Robert Vermeire's Cocktails and How to Mix Them. In early editions of MacElhone's book, he cites the inventor as Pat MacGarry, "the popular bartender at Buck's Club, London". Vermiere states that the drink was "very popular in France. It was first introduced in London by MacGarry, the celebrated bartender of Buck's Club." Embury credits the invention of the drink to an American army captain in Paris during World War I and named after the motorcycle sidecar that the captain used.

With all the comfort of the motorcycle and maneuverability of a car, the sidecar had its heydey in the 1920s and 1930 and it's appropriate to frock up (whether in Great Depression rags with a cloth cap or the confidence of the flapper frock). Journey on the Orient Express and engage in a murder mystery with Hercule Poirot (who curiously, speaks good English for difficult concepts but defaults to French for basic words, "mais oui!"), or get in the dirty back streets of not-always-so-gay Paris to rough it up with Jules Maigret with L'étrange cas de Pietr-le-Letton. Look, I prefer the working-class French of Georges Simenon to the upper-class English of Agatha Christie for many various reasons, and I find my taste in cocktails is the same. But there is quality in both, I agree.

Personal story of the setting? Running "Horror on the Orient Express", followed by "Masks of Nyarlathotep" over three years. If you've ever done tabletop roleplaying games, these two supplements from The Chaosium for the Call of Cthulhu are among the best you'll ever encounter. Tours of the great cities of Europe and then the world, as you're dealing with quasi-supernatural horrors, mad cultists, and an alien god that wants to control all of humanity. Of course.

Quote: "The Stumbling Tiger is a single room plus a separate toilet. Both rooms are large, dark, and dirty. Lurid green and magenta posters of Chinese songstresses and film stars decorate the walls. The light is simultaneously harsh and inadequate. Decades of cigarette smoke and missed tries at spitoons give the air a heavy, damp, moldering quality. Doctors among the investigators will uneasily think of tuberculosis"
-- Masks of Nyarlarhotep, Shanghai chapter 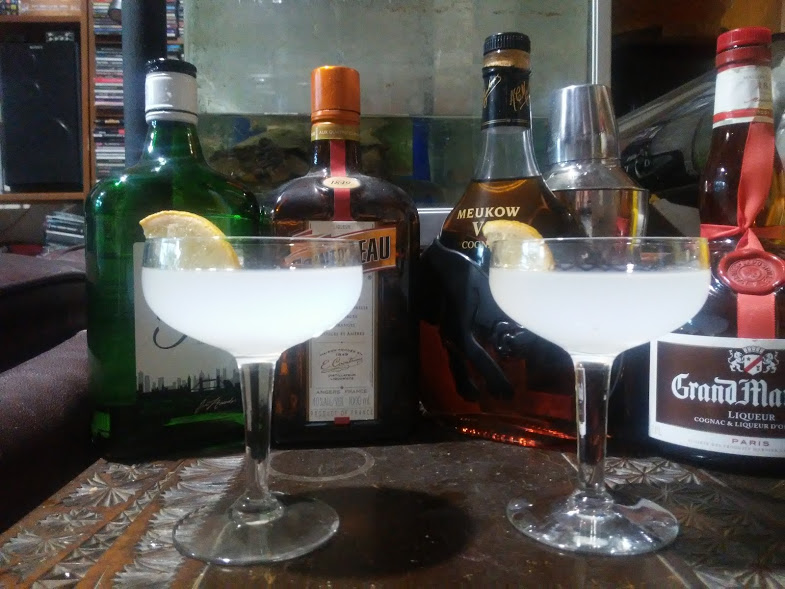